The Brat Factor – is your child spoilt?

No one wants to raise a spoilt child. But would you know one if you had?

There are several ways in which this generation stands out. People are more technologically driven, materialism seems to be growing and even young children have bought into the renewed focus on appearance.Closely following in mom and dad’s proverbial footsteps by asking to wear Nikes and not just “tekkies”. How cute is it to see a two-year-old branding “just do it”?However, when your rapidly growing pre-teen is used to being spoilt in this way, it becomes an expensive exercise! Requests soon can change to demands and no one can afford to be seen in public with an angry child as this tarnishes a carefully constructed public image. Or does it?When the parents have minimal authority and children continually get their own way by acting out, the children become spoilt.But, contrary to popular belief, children aren’t spoilt because they whine; they are spoilt if whining consistently gets them what they want. Sometimes in an effort to be kinder, gentler parents, moms and dads let their sweet little darlings get the upper hand. It is time for the pendulum to swing, to be gentle and still afford children the opportunity to grow into responsible, contributing members of society.

The question might arise in your mind whether your children are spoilt? 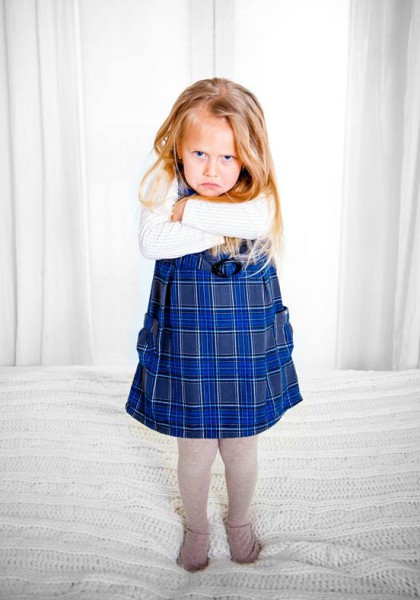 If they show any of the following patterns of behaviour after the age of 2 to 3 (www.pediatrics.about.com), they might have difficulty with discipline and actually be spoilt:

What can I do to reverse the effects?

According to Suzette the most important building blocks of parenthood are:

Suzette says traditionally, discipline is used to correct undesirable behaviour, as a negative consequence or discouragement. However, this equals discipline to punishment and excludes a crucial part of the formula, i.e. reward. The parental team (mother, father and/or all the child’s caregivers) should agree that punishment must always be age appropriate and the rule of thumb is consistency. This teaches children about consequences and to think before they act. It is never acceptable to physically punish a child when you are angry as this models undesirable behaviour. Ideal behaviour, and not patterns of behaviour mentioned in the list above, should we rewarded consistently.

The rewards should not be material in nature, but rather consist of positive verbal responses such as “well done”, “great job” or “way to go!” and special activities your child enjoys, such as baking cupcakes on Saturday, going fishing at the lake or visiting friends. This should not be held as a condition, but if you can give your child a goal to works towards it can act as a strong motivator.

I have witnessed the success of various creative behavioural charts. For some ideas visit www.kidpointz.com.